Web services are building blocks for creating open, distributed systems. A web service is a collection of functions that are packaged as a single unit and published to a network for use by other software programs. For example, you could create a web service that checks a customer’s credit or tracks delivery of a package. If you want to provide higher-level functionality, such as a complete order management system, you could create a web service that maps to many different flows, each performing a separate order management function.

A SOAP API defines a web service and it encapsulates all the information of a web service. The SOAP API contains the message formats, data types, transport protocols, and transport serialization formats that is used between the consumer (requester) and the provider of the web service. In essence, the SOAP API represents an agreement governing the mechanics of interacting with that service.

webMethods.io Integration allows you to write integration logic to integrate different types of connectors. This logic can be exposed to the external world using SOAP APIs. A SOAP API is a service provided to external users.

You can create SOAP APIs from scratch or by using a WSDL file. A SOAP API exposes one or more FlowServices as operations, so each operation in a SOAP API corresponds to a FlowService.

You can create an API in one of the following methods: 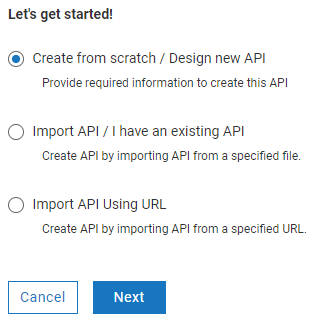 With this, you have successfully created and saved an API for your project.

Create API by importing API from a specified file 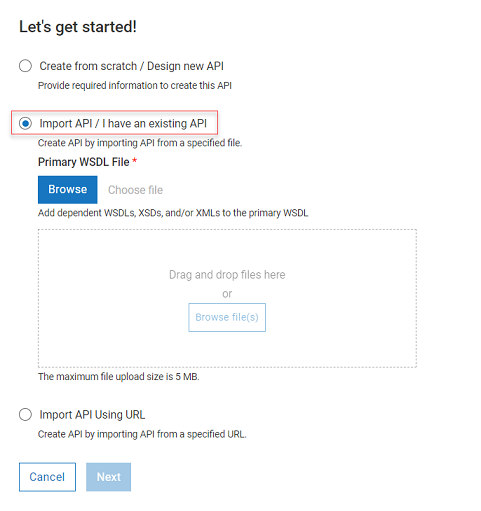 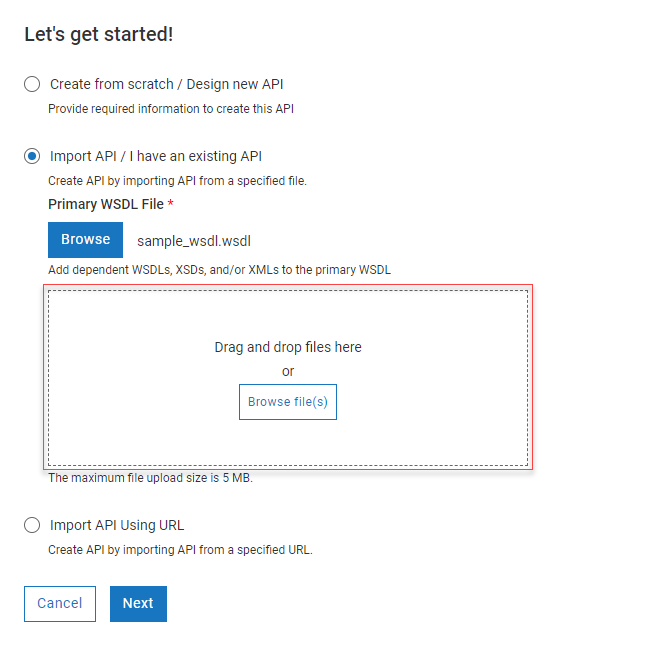 The Build a SOAP API with WSDL page appears. 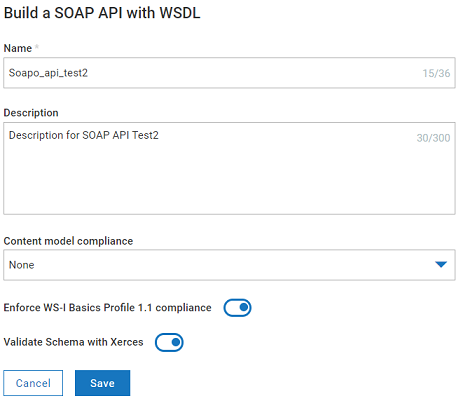 With this, you have successfully imported and saved an existing API for your project. 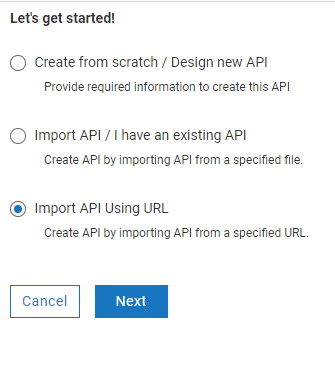 With this, you have successfully imported and saved an API using URL for your project.

You can now view all the SOAP APIs that you created under SOAP APIdetails page.

You can edit, delete, and copy a SOAP API from the SOAP API details page. The Action(s) column displays the edit

The system creates a copy of the SOAP API with the new name and it appears in the SOAP APIs page of the target project.

On the API details page, you can view the WSDL document associated with the SOAP API. The displayed WSDL document contains all the information to invoke the operations described in the WSDL. For a SOAP API created from a WSDL that contains relative URIs that are anonymously addressable, webMethods.io Integration replaces any relative URIs with an absolute URI using the base URI of the WSDL file.